Armed, during that period, with a similar demographic composition to what Indonesia will witness this decade, the manufacturing boom in China led to impressive economic growth. A similar pattern also occurred in South Korea earlier. This helped propel both nations upwards in the ranks of countries globally by gross domestic product (GDP).

Secondly, there is a mismatch between the skills job seekers have and those needed for formal jobs that currently exist, according to Gumilang Aryo Sahadewo, an economist at the University of Gadjah Mada in Indonesia.

Gojek serves as a great example: the company, born in Indonesia, had trouble recruiting the type of high-skilled technical talent it needed to build a sophisticated, massively scalable app locally. It had to acquire technical talent in India, and continues to run key parts of the app’s development from its Bengaluru, India office.

This skills mismatch problem starts from the type of graduates Indonesia produces, Sahadewo says. The country has a larger share of graduates in the humanities, like law and business, but fewer in IT, science, or engineering fields. That leaves businesses who need these types of talent in short supply.

For example, only 9.3% of Indonesian university students graduated in engineering and manufacturing fields. That’s compared to 18.3% in neighbouring Malaysia, and 21.4% in Vietnam, says Sahadewo.

The Gojek-ification of informal labour 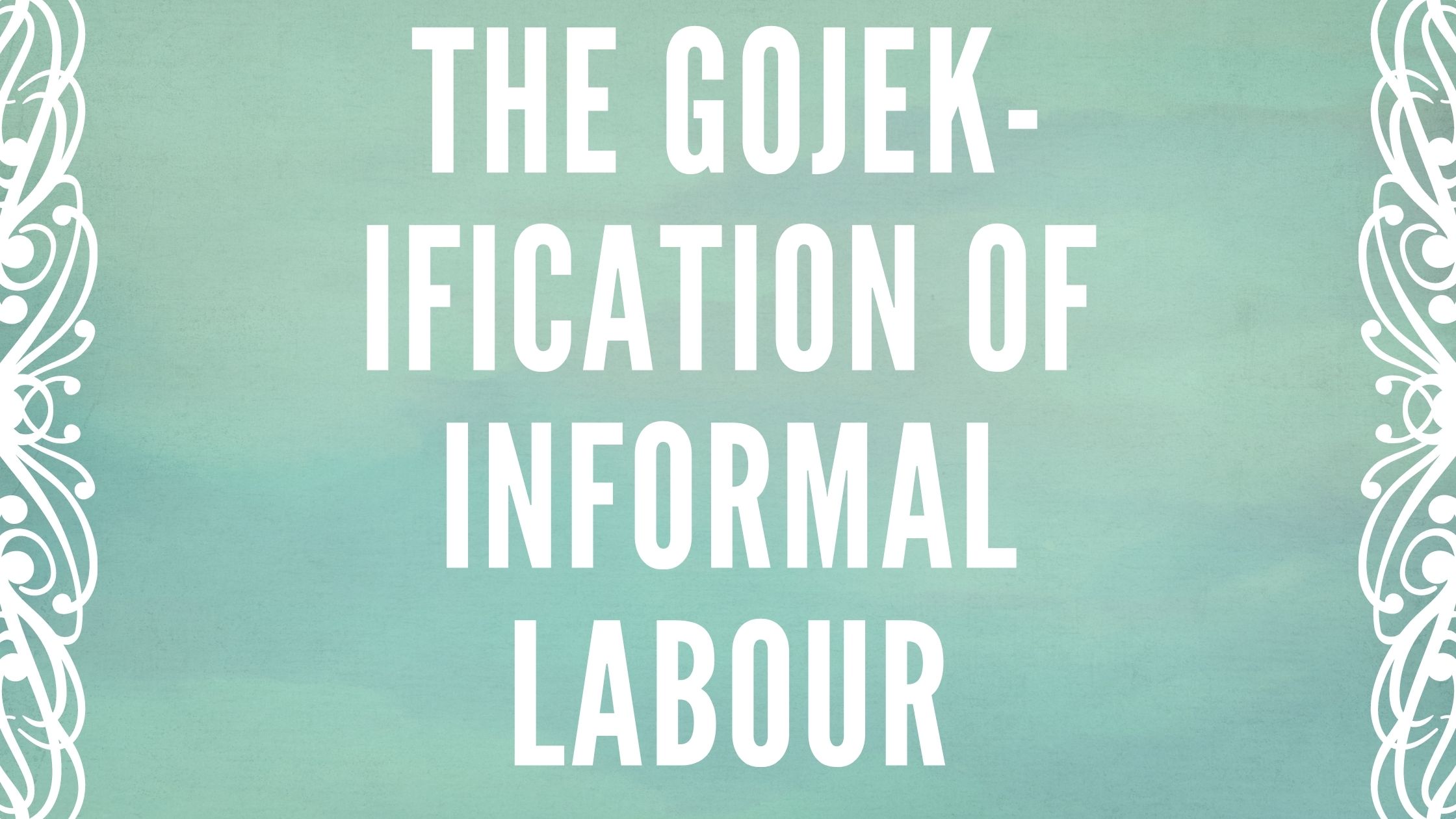 With stagnant growth in the industry sectors and a mismatch of skills between what graduates offer and what theindustry requires, many young Indonesians will see gig work or entrepreneurship as a way out.

Reforms in the labour market are pushing in the same direction. A so-called omnibus law for job creation has been in the works for months. It’s a sweeping policy reform package that is still in its draft stage, but Indonesia-based policy analyst Kevin O’Rourke says it will dilute some of the rights workers had established in previous decades.

In the labour law as it is today, “severance pay is too high and current rules emphasise job security over flexibility,” says O’Rourke.

With proposed reforms such as lowering severance pay and making it easier for companies to outsource, Indonesia joins a global trend towards accommodating firms that seek to minimise the number of staff in permanent roles, in favour of hiring short-term workers based on no-strings-attached contracts.

It’s a difficult transition for some. Labour groups hope to prevent the passing of the draft regulation into law. They have planned a mass demonstration in Jakarta towards the end of March. However, their plans are likely to be impacted with Indonesia beginning to temporarily ban large events and public gatherings in the wake of the Covid-19 outbreak.

The government is in the midst of preparing a sweeping reforms package to simplify and streamline existing laws. The aim is to make Indonesia more attractive to investors, but it faces criticism from labour groups because it seeks to do away with a number of worker benefits

Yet, it’s a change that Indonesia won’t get around. The country has always struggled with a large informal economy. More than half of the jobs are thought to be in the informal sector, per government data. Digital platforms like Gojek have helped accelerate the transition into at least semi-formal work.